Lake Maxinkuckee and the surrounding area of kettle lakes was the home base of the Potawatomi Indians.  Maxinkuckee is a Potawatomi word that has several ‘translations’—–one meaning clear, deep waters and the other commonly heard, ‘land of round rocks.’  Aubbeenaubbe Bay is named for one of the Indian Chiefs and a historic marker and large statue dedicated to Chief Menominee is located just north of Culver, where the infamous ‘Trail of Death’ began.

Culver was originally known as Marmont but changed name in recognition and in honor of Henry Harrison Culver, a local resident who founded the Culver Military Academy. 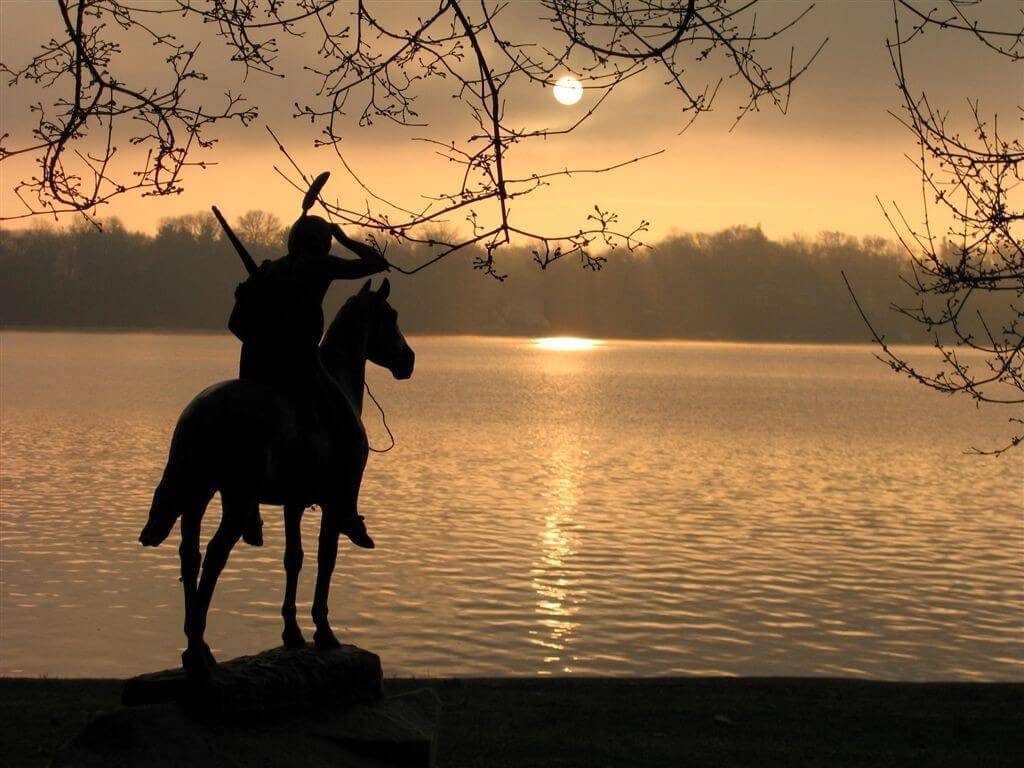